The Role of Diaspora in Refugee Resettlement

In September of 2016, a high-level summit on large movements of refugees and migrants was called, a first at the Heads of State and Government level, by the UN General Assembly. The goal was to seek a better international response to the growing refugee situation. As local conflicts and global tensions between countries have been exasperated in recent years, more than 65.3 million people are currently facing years of displacement after fleeing violence in their own homelands. Numerous issues have been raised, particularly focusing on the responsibility of host countries (countries that receive refugees) to protect, assist, and resettle.

Refugee resettlement has been a challenge around the world and the process of resettling disparate groups into new cultures is often slow and arduous. However, diaspora groups and diaspora NGOs are gaining recognition as a solution to help alleviate some of the challenges. Diasporas, and the organizations they form, are often involved in activities that influence development outcomes in their regions of origin and support each other in multifaceted ways in their current location. Diaspora and diaspora NGOs play an important role in presenting culture and information of the host countries, as well as providing legal, educational, physical, and psychological support to refugees.

In this conversation, we discussed tactics and strategies used by diaspora groups for effectively resettling and supporting refugees.

Maximizing the Engagement of Diasporas in Refugee Resettlement

Existing diaspora communities often provide a major source of support for recently arrived migrants and refugees. However, one participant explained that diaspora communities are never homogeneous; their population is often fluid and difficult to define. Therefore, organizations created by diaspora populations are particularly important because they define “home” for the community. Furthermore, these organizations have varying missions and values, which effects how the organizations engage with refugee communities and the nature of the resources they provide.

For example, some organizations focus on helping refugees integrate into their host communities while maintaining their connection to their home countries. The Syrian Community Network focusses on building a community for refugees in the Chicago, San Francisco, Phoenix areas. They connect refugees to the existing Syrian community in their host cities and introduce them to community events and American traditions.  Another organization, the Bhutanese Community of New Hampshire  recognizes that the refugees they support do not have the option to return home. Therefore, they focus on providing resources to maintain a healthy, supportive community for refugees in their new home.

In addition to assisting in community integration, some diaspora organizations support refugees by providing resources and a network for activism in both in their home and host governments. For example, when refugees come from war-torn countries, diaspora communities can become involved politically in the conflict from their new homes.  Refugees can promote peace by using their experience to engage in dialogue to end the conflict.  However, one participant warned that they may also use their position to support an armed faction in their host country, thereby prolonging the conflict.  Another participant expressed concerns that the process of assimilation, particularly in the United States, could make a refugee feel like they should not engage in conversations about their host country in order to appear as American as possible. Many diaspora communities do not have access to the same kinds of advocacy as other residents. The Refugee Congress in the United States provides resources for refugees to advocate for issues pertinent to them, both domestically and internationally.

One participant used the story of Tulsa Gautam, a refugee born in a camp in Nepal, to explain the many challenges refugees face accessing their rights. Diaspora organizations can engage in lobbying, advocacy, and campaigning to protect refugees’ safety and rights.

Once resettled, refugees are often unaware of the resources and programs available to them. EMBARC, an Iowa-based non-profit, is an example of a diaspora organization that both provides resources and connects refugees to existing resources. For example, they offer a variety of programming for refugee students and parents to assist them during their education and employment training. EMARC believes in engaging refugees in the process of securing their safety and rights in their new communities.

Maintaining Reciprocal Ties between Refugees and Countries of Origins after Resettlement

There are many ways to maintain relationship between refugees and their countries of origin; dual citizenship is one example. Granting dual citizenship to refugees is a controversial issue in some countries. Some states in conflict, such as Ethiopia, did not allow fleeing populations to become dual citizens. Dual citizenships can be legally, culturally, or economically difficult for the sending country to administrate. The Republic of Bosnia and Herzegovina, on the other hand, had to allow its diaspora population to receive dual citizens or risked losing a large segment of its population after the war. Diaspora remittances, money sent from refugees to family, friends, or organizations in their home country, is another important way for refugees to maintain a relationship with their country of origin.

Governments can also play an important role supporting diaspora efforts. Particularly, diaspora communities can serve as transnational actors to link their home country’s government with their new government. China, India, and Eritrea are examples of stabilized countries that have maintained strong relationships with their diaspora populations culturally, politically and economically. 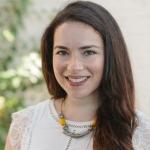 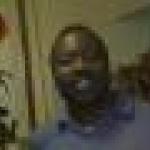 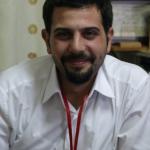 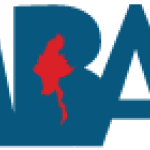 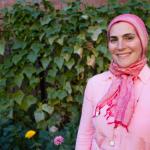 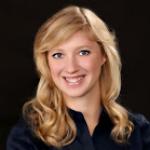