Thank you for joining the New Tactics community for the online conversation on Information and Communication Technology and its Role in Government Transparency and Citizen Participation from January 26 to 30, 2015.

Combating child labour requires programme interventions that are comprehensive with a holistic approach that not only targets children, but also their families and communities, the recruiters, traffickers and exploiters, government officials, and society at large. There are millions of out-of-school children who have the potential to join the soaring numbers of child labourers. Efforts need to be made to prevent the entry of the non-child labourer into the labour market which fuels illiteracy, unemployment and poverty. 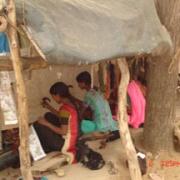 Thank you for joining Rising Voices, Social Media Exchange (SMEX) and the New Tactics online community for an online dialogue on Physical spaces as catalysts for greater digital citizen participation from August 8 to 14, 2012.  Across the globe, new physical spaces are emerging that are acting as catalysts for greater citizen participation using digital technologies. Community libraries are rethinking their traditional role, and many are now offering internet access to their users in order to provide opportunities to gather around local issues where they can produce, not simply consume information. Telecenters are going beyond providing computer access to communities, to providing workshops to train citizens on how to use digital technology effectively to promote change. Hacklabs offer a physical space where activists and technologists can come together to find innovative solutions to local problems. These are just a few examples of the innovative use of physical space to encourage and empower greater digital citizen participation.

The involvement of citizens in the political process is an essential part of democracy.  Tactics and strategies for increased citizen participation in local governance can be seen around the globe.  In the municipality of Nejapa, El Salvador, the municipal government partnered with local NGOs and sought to increase public involvement in local politics, resulting in huge increases in access to potable water, latrines, and electricity for its residents. In India, Mazdoor Kisan Shakti Sangathan (MKSS) has been deeply involved in a collective process which has shaped and influenced the Campaign for the Right to Information in India. MKSS makes the case that without access to information and transparency there can be no genuine participation of all members of society, particularly the poor, in democracy. This dialogue served as an opportunity for those involved in strengthening citizen participation in local governments, as well as those interested in it, to discuss these questions and share their experiences and ideas.

Thank you for joining the New Tactics online community for a dialogue on Participatory Research for Action. Participatory action research is research which involves all relevant parties in actively examining together current action (which they experience as problematic) in order to change and improve it.  Those to be helped by the research process, determine the purposes and outcomes of their own inquiry. (Wadsworth, Y. 1998)

Thank you for joining the New Tactics online community for a dialogue on Using Radio to Empower and Engage Communities. Human Rights groups are finding new ways to reach their audience through radio.  This dialogue, held from May 26 to June 1, 2010, brought together human rights practitioners using community radio to empower communities, shortwave radio to reach communities limited by government-run media and radio stations, and other innovative uses of audio to share critical information.