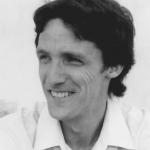 Liam Mahoney is a freelance consultant living in Massachusetts, USA. His most recent publication, Proactive Presence: Field strategies for civilian protection, (Centre for Humanitarian Dialogue, 2006) is aimed at promoting and training large-scale international field missions in conflict zones to better promote the protection of human rights in situations of conflict and repression.

After an initial career as a community activist, Mr. Mahony began working with Peace Brigades International (PBI) in Guatemala in the 1980s, and went on to develop field training frameworks for PBI, and co-found PBI’s field presence in Haiti in the 1990s. He currently serves as a member of PBI’s International Council.

Liam’s other published works include Unarmed Bodyguards: International Accompaniment for the Protection of Human Rights (Kumarian, 1997), Risking Return: The Role of NGOs in the Guatemalan Refugee Return (Life and Pecae Institute, 1999, Side by Side (A tactical notebook – monograph – published by the New Tactics in Human Rights Project) and he was editor of the Kosovo Report of the Independent International Commission on Kosovo (Oxford University Press, 2000).

Liam has been Lecturer in Public and International Affairs at the Woodrow Wilson School, Princeton University, and was the series editor of 40 monographs on innovations in the human-rights movement – the Tactical Notebook series of the New Tactics in Human Rights Project. His recent consulting projects include commissions for the Rockefeller Foundation, the World Council of Churches, Amnesty International, the Office of the High Commissioner for Human Rights, the World Food Programme, and the Internal Displacement Division of the UN Office of Coordination of Humanitarian Affairs. As a consultant, he is currently working on editing the Human Rights Monitoring Manual of the Office of the High Commissioner for Human Rights (OHCHR) and developing and delivering trainings for both OHCHR and for the Protection Standby Capacity project of the UN Office for Coordination of Humanitarian Affairs.