The Legal Defense Bureau for National and Ethnic Minorities (NEKI) in Hungary learned about a testing tactic from a U.S. group that had successfully proved instances of housing discrimination by sending in “testers” of different races to apply for apartments. Similar discrimination was also occurring in Hungary against the Roma population – in housing, employment, access to public spaces and public services and other areas. NEKI adapted the tactic of testing to fit into its strategy of using lawsuits to challenge human rights violations. 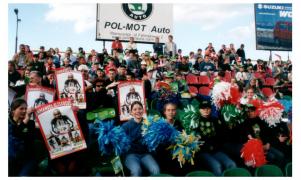 Nigdy Wiêcej (Never Again) uses a number of tactics to carry out its work in Poland. Two of the tactics explained in this case study are the use of cultural resources in the community to recruit activists and the organization of activists into an information-gathering network.