The Story Told Through Murals 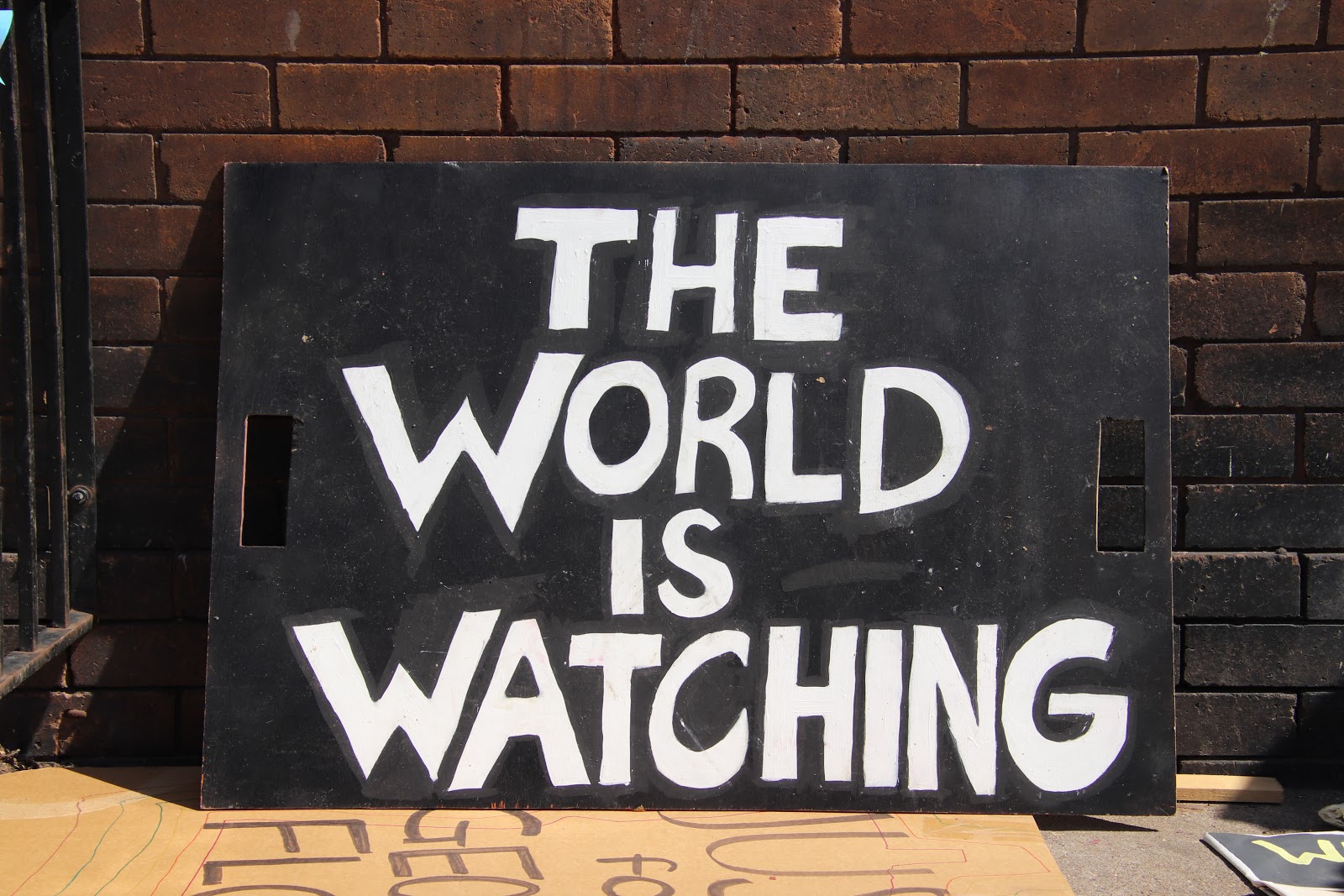 The last month in the Twin Cities normalcy has been flipped on its head due to the murder of George Floyd. My passion for photography led me to go downtown along with another New Tactics intern to visit Cup Foods, the location where George Floyd was killed, as well as other areas around the cities where the movement for change has erupted.

They say a picture is worth 1,000 words, so the countless posters and murals tell us a lot about how our city is feeling in the aftermath of the appalling death of a black man at the hands of the police. On May 25th, police were called to Cup Foods in Minneapolis, Minnesota (5 miles from New Tactics’ offices) after Floyd allegedly used a counterfeit bill. Four officers arrived on the scene, showing no mercy when pinning Floyd to the ground, kneeling on his neck and keeping him there for almost 9 minutes until he became unconscious and died. This event was captured on video and immediately went viral on the internet. Within days, people around the country had seen this horrendous video. Since Floyd’s death, the area where he was murdered has become a memorial filled with flowers, posters, street art, and thousands of visitors every day. The stories that shine through these posters and murals show not just Minneapolis, but a country deeply mourning his death, along with the wrongful deaths of many other black men and women. George Floyd’s death triggered a response from the whole country about the continuous racial injustices in our country. The murals in the Twin Cities are depicting messages of hope and strength to bring the community together to make real change.

Nowadays, social media serves as an important platform for spreading awareness and reaching large groups of people. But before people were able to create digital art, street art and murals have been used to create visuals in communities to commemorate events, spread awareness, and send a message to the community. In many cities where outdoor galleries are turned into more permanent memorials to keep the art alive and vibrant. The four-way intersection at 38th and Chicago is following suit and will be turned into a roundabout so that the center area can be preserved as a memorial to George Floyd.

There are a lot of ways to describe the atmosphere of these areas: somber, reflective, disturbing, and yet peaceful. This memorial and the murals around the city tell the story of the diversity present in the Twin Cities. Even in the midst of a pandemic, during this time of sadness and despair, it is so important for people to get out and see these memorials. Seeing them can open your eyes to the racial injustices that are happening every day in the United States.