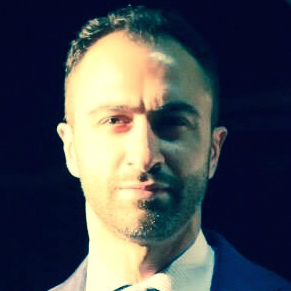 I recently had the opportunity to conduct my second training since joining New Tactics, and it was a very eye-opening experience. During the training, 25 farmers from Palestine, Egypt and Jordan gathered to learn the New Tactics Strategic Effectiveness method in order to acquire skills to support them in achieving their community goals in farming and animal welfare. For this group, goals included things like reducing or eliminating the expensive tariffs on animal feed paid by Palestinian farmers, and building small dams in the countryside of Egypt to better utilize the water from winter rains during the summer.

During the three-day training, I got to know the participants and was impressed by their passion for raising the bar within their community and utilizing the resources they have at hand to maximize their productivity. For instance, one of the participants from Egypt volunteered to help build relatively small dams on each farm to save as much water as possible to use for farming during summer. He illustrated exactly how to build the dam without the use of any machinery, which in his explanation would not cost the government an excessive amount of money.

Participants in this training mostly came from similar rural areas and showed a lot of enthusiasm about their communities. They were full of great ideas to develop their land. Most of the participants were not university educated and have spent most of their lives farming and not attending trainings like this one. As a trainer, this was a new kind of participant group for me, and the experience taught me three important lessons: 1) the importance of delivering a message using clear, simple language; 2) the critical role of detailed explanations and repetition of concepts; and 3) the need to be mindful of cultural and religious sensitivities that may impact group dynamics generally, and small group work in particular.

The training got me thinking that some NGOs seldom choose to work and implement activities in rural areas such as the Northern Desert of Jordan, which in a way marginalizes the people living there. This is unfortunate because it is clear that the people living in such areas have so much potential and eagerness for what they do. I truly hope and look forward to hearing that other NGOs have started focusing on rural development and livelihoods in their work, similar to what Oxfam and International Union for Conservation of Nature (IUCN) does.

This training was part of the work being carried out under the framework of the Food Security Governance of Bedouin Pastoralist Groups in the Mashreq project, funded by the European Union. In 2012, Oxfam, IUCN ROWA ( The Regional Office for West Asia) and International Centre for Learning on Sustainable Agriculture (ILEIA) joined forces with local partners in Palestine, Jordan and Egypt to promote participation of pastoralist groups in policy decision processes that affect their food security and livelihoods. The initiative is helping to strengthen local pastoralist voices through capacity building trainings, such as the one conducted by New Tactics.

Article originally published by the Center for Victims of Torture http://www.cvt.org/blog/healing-and-human-rights/farmers-three-countries-come-together-learn-about-new-tactics