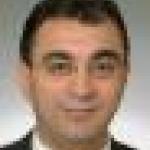 Professor Dr. Vahit Biçak graduated from the Faculty of Law, Ankara University in Turkey (1985-1989). In 1996, he became a doctor in law with a thesis on improperly obtained evidence. He received his PhD from the University of Nottingham in Great Britain.

In 1999 he was appointed Assistant Professor at the Police Academy, where he has been teach­ing Criminal Procedure Law, Criminal Law and Human Rights since 1995. He was promoted in 2002 to the rank of Associate Professor and in 2008 to the rank of full Professor.

In 1999, he was at the European Court of Human Rights, Strasbourg/France, as a trainee lawyer. He has repres­ented Turkey at the Council of Europe, the Committee of Experts on Police Ethics and Problems of Policing.

Professor Dr. Vahit Bicak, who has worked in a number of Turkish universities including Bilkent University, Hacettepe University, Gazi University and Atılım University, has been a lec­turer in evidence law, criminal law and criminal procedure law at the Police Academy, Faculty of Security Sciences, since 1990.

In 2003, he was appointed as a director to the Presidency of Human Rights in the Prime Ministry, which is the highest administrative position concern­ing human rights. He served two years on this position and left the office in September 2005.

He has published numerous books and articles, both in English and Turkish, on human rights issues in Turkey and on the theoretical and practical aspects of criminal procedure law and constitutional law.

Professor Dr. Vahit Bıçak has been the member of the Turkish-Americak Association since 2003, and he is currently serving as a Board member on the Board of Directors.