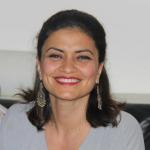 Nisreen is the founder and co-director of Ahel and Mujtama3i.org. Through training and coaching, she teaches communities how to lead collective action for social or political change based on value based community organizing practices. During the past five years, she accompanied and coached more than 8 grassroots campaigns in Jordan, Palestine, Syria and Lebanon. She studied community organizing with Marshall Ganz at Harvard Kennedy School  where she completed her Mid-Career Masters in Public Administration in 2008. She belongs to a global network of organizers and organizing teachers called the Leading Change Network. Before organizing, she was a lawyer providing legal counsel to the Palestinian negotiating team in the peace talks with Israel from 1999 till 2005. In 1996, she received her LL.M from the University of Edinburgh and in 1995, BA in law from the University of Jordan.