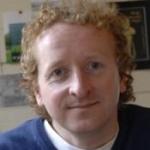 Matthew Pringle has been with the APT since January 2004, where he works as the Europe and Central Asia Program Officer. Much of the APT’s work in the region relates to the countries of the former Soviet Union, Mongolia and Turkey, where the organisation has a range of torture prevention activities. Before joining the APT Matthew worked as a researcher in the Europe and Central Asia Program of the International Secretariat of Amnesty International in London for 5 years, during which time he was responsible for various former Soviet Union and Western European countries. Prior to working at Amnesty International he obtained a Ph.D. in the political sciences from Brunel University in London.