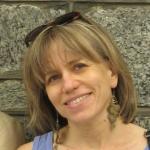 An archivist with 20+ years experience working with nonfiction film and video collections, Grace established the WITNESS Media Archive in 2003. In addition to directing the Archive, Grace oversees internal operations at WITNESS.

Prior to WITNESS Grace spent nine years at CNN and two years at the Worldwide Television News Archive.  She studied theater and cinema studies at Sarah Lawrence and Hunter Colleges, and received an MS in Information and Library Science from Pratt Institute. She is a member of the Association of Moving Image Archivists and the Society of American Archivists, and in 2010 was the recipient of the Archival Achievement Award from the Archivists Round Table of Metropolitan New York.

Grace is actively engaged in efforts to promote and support human rights archiving and documentation.  She is particularly interested in finding ways to address the tremendous archiving needs facing the human rights grassroots, and to create better “archival literacy” in the human rights sector as a whole.