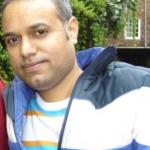 Davinder Kumar is a London-based journalist, with over 10 years experience working in the field of human rights and development issues. After his post graduation in media and communication in Pune, India , Davinder  started his career in print and worked with leading Indian publications: The Indian Express and Outlook magazine before moving to TV Today as a news producer for the media group's  24-hour english language news channel.  During his various roles within the industry, Davinder specialised in the field of human rights and development issues and many of his news stories resulted in court judgements and action by the government. He also attended the Second World Water Forum at the Hague in 2000 and The World Conference Against Racism in Durban in 2001. In recognition of his work, Davinder became one of the first journalists to be awarded the British Chevening Human Rights Scholarship in 2004. He has an MA in Theory and Practice of Human Rights from the Human Rights Centre, University of Essex. Davinder relocated to London in 2004 and is currently carrying out independent research on human rights and development issues, besides his regular job with a media company. He is a member of the Mayor of London's Migrant and Refugee Advisory Panel (MRAP) and a member of London Strategic Migrantion Partnership (LSMP). He is also a Trustee and managing committee member of REAP (Refugees in Effective and Active Partnership) www.reap.org.uk