The National Human Rights Commission in India responds to verified complaints of police abuse by requesting that the government provide financial compensation to victims and issue appropriate penalties to perpetrators.

The Commission for the Verification of Corporate Codes of Conduct (Coverco) conducts long-term, intensive, independent monitoring of labor conditions in Guatemalan apparel factories and agricultural export industries, verifying compliance with internationally accepted labor standards. Based in Guatemala City, Coverco is an inde­pendent monitoring organization formed in 1997 by members of civil society groups; it does not work as a consul­tant to management nor as a worker advocate.

In 1996 Reebok International initiated factory monitoring, product labeling and education programs to prevent the use of child labor in the manufacture of their Pakistani-made soccer balls.

An estimated twenty percent of laborers in soccer ball production facilities in Sialkot, Pakistan were children. Reebok human rights standards require that workers in its factories be at least 15 years old de­pending on applicable local laws.

WATCH has developed a highly effective court monitoring method involving citizen volunteers as a means of creating legal and policy system change and improving the administration of justice for victims of abuse. WATCH volunteers first entered a courtroom in Hennepin County, Minnesota (USA) in March 1993. Since that time WATCH trains 50 volunteers each year who, along with staff, monitor more than 4,500 court hearings regarding sexual assault, child abuse, and domestic violence cases. They are immediately recognized by the red clipboards they carry.

In its 40 plus years of civil war, Colombia has had a long history of human rights abuses, especially against its children. One estimate says about 4,300 children die violent deaths in Colombia annually, which isn’t surprising, given that over 7,000 of them serve as “soldiers” on one side or the other of the conflict. In response to this, children from some of the most war torn areas of Colombia formed what has come to be known as the Children’s Mandate for Peace Movement.

Social Accountability International (SAI) has developed a set of voluntary corporate social responsibility standards called SA 8000. SA 8000 includes a code of conduct for labor conditions, based on established international standards, and a verification system to ensure compliance. In order for a company to receive SA 8000 certification, it must pass monitoring inspections by SAI-certified auditors. The auditors closely monitor the companies before and after certification to ensure their capability to comply with the standards and to require their collaboration with local experts. 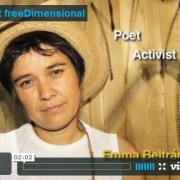 freeDimensional (fD) has developed a creative and collaborative process for using surplus resources to provide assistance and safe haven to culture workers in distress. fD’s worldwide network bridges what are often considered two different worlds - art spaces and human rights organizations. fD’s model inspires ideas for bridging other seemingly incompatible groups and networks in order to further their respective missions while maximizing resources available from each.

The Campaign for Popular Education (CAMPE) established "Education Watch" in Bangladesh as an independent, research-based monitoring mechanism to promote and assess progress in Education For All by:

Association el Amane pour le Développement de la Femme (EL AMANE) in Morocco built grassroots support by organizing 161 consultative meetings in 35 cities and villages. They engaged over 1,800 women in order to collect the recommendations that were included in a draft law to prevent domestic violence. Based on the statistics of civil society organizations working in support centers for women, nine out of ten women are subject to violence perpetrated by their husbands.