Across the world, women are abused, trafficked, raped and killed. Violence against women is a grave violation of human rights, negatively affecting women’s well-being and precluding women from fully participating in society. It not only leads to severe physical, sexual and mental consequences to each individual victim, but tears their families, community and society apart.

Although decades of women’s movements have made unprecedented progress towards ending gender-based violence, according to UNIFEM (formerly the UN agency for gender equity, now UN Women), chasms in legal frameworks remain: states fail their international obligations and commitments to prevent violence against women; many perpetrators escape from being held accountable; and women continue to be re-victimized through the legal process. Legal reform could provide effective protections. Such reform must make legislation easy to be enforced, monitored and adequately allocate resources to address the problem. Governments, UN agencies, civil society organizations and other institutions should partner in this process of adopting and enacting legal reforms.

One respondent said that the first step to begin efforts for legal reform would be to identify an area of the law that needs to be strengthened, updated, or otherwise changed. This process can occur for several reasons: civil society harbors concern about a particular issue that can be ameliorated or resolved with reform of the law, recent events  that bring to attention gaps within the law (supplemented by established evidence on these gaps),  or have made it necessary to update the law or create new laws. The next step would be meetings, dialogues, and discussions with the stakeholders pertinent to this area of legal reform. Common stakeholders include government ministries/departments, the judiciary, civil society organizations, special interest groups, academia, the media, and other members of the community.

One respondent highlighted the importance of civil society in pushing for legal reform, citing several examples from Asia, such as the Sri Lankan Parliament passing the Prevention of Domestic Violence Act No 34 in 2005, the success of a six-year effort by women’s NGOs, despite persistent mistrust of these NGOs as too Western. Civil societies can collect and build bases of evidence needed for legal reform, along with leading advocacy and campaigning for legal reform.

Much of this section of the conversation centered on successful examples of communications campaigns that promote and foster advocacy for a particular legal reform for violence against women. For example, in the United States, the Center for Reproductive Rights used celebrities to convey a strong message about open communication and reproductive agency. Other examples include the Bell Bajao campaign, that taps on boys and men to stand up to abuse and domestic violence in their communities using PSAs, and The Everywoman Everywhere campaign, which is working to call for a global binding treaty on violence against women using tactics derived from the International Campaign to Ban Landmines (ICBL).  These communication campaigns can be used to provide information and perspectives that target specific stakeholders, as well as civil society and the specific community in question.

Several respondents identified survivors of domestic violence (as well as advocates who directly interface with them) as critical to developing and advocating legal reform to prevent violence against women. Their voices would lead the campaign/movement. The centering of survivors was, for example, successful in Malaysia, when advocates began documenting how women were accessing and using the Domestic Violence Act, passed in 1996, and found that there were certain gaps in its implementation. One respondent identified that survivors’ stories are the most resonant to legislators and public officials, and they are more receptive to advocacy and change when they hear survivors. In Honduras, when advocates published videos of survivors telling their stories of clandestine abortion, sexual assault, and the loss of a loved one due to a high-risk pregnancy, legislators were willing to hear their proposal. Additionally, getting leadership from survivors ensures that these laws prioritize the needs and safety of survivors.

One respondent summarized why enforcing laws preventing violence against women are so challenging: a lack of clarity in the law, a lack of knowledge of the law, the influence of cultural/societal factors/discrimination, lack of resources both in terms of legal structures and accessibility by all, poverty/literacy, and a lack of social support mechanisms, among several other factors. For example, when examining specifically the rights of adolescent girls, several of these challenges emerge. As they grow, both the legal system and society begins to treat them differently, beginning to control and regulate their bodies through, for example, female genital mutilation. To combat this, adolescent girls need to know their rights and the law before they need to access it, and have spaces where they can ask questions without fear of stigma or reprisal. Adolescent girls who are victims of gender-based violence in particular need to be reassured that the justice system will not continue to perpetuate their victimization, and ensure that survivors have support systems and services that empower them to make their own decisions.

Again, respondents identified that advocacy and laws should be centered on the survivor, so the legal system is accessible to women attempting to seek it. The laws preventing violence against women should be drafted in such a way that the people who are using it are able to understand it and how to invoke or access it. For example, a respondent shared the story of a young Syrian refugee who advocated against child marriage, to indicate the success of women and survivors when they are empowered.

Several posts highlighted the importance of the government in upholding and monitoring the enforcement of laws preventing violence against women, which works in tandem with the efforts of civil society to ensure laws preventing violence against women are enforced. First, at the local and national level, enforcement and monitoring laws are critical to building justice. For example, in Honduras, an “Interinstitutional Committee for the Implementation of the Law Against Domestic Violence” was created as a space for governmental offices (along with several feminist organizations) to meet monthly and receive feedback on the implementation and enforcement of the law, in particular from citizens who have used the law in court. At the global and international level, the government/state has the obligation to guarantee human rights, which is dually enforced by periodic reports to the human rights bodies of the United Nations, as well as shadow reports submitted by local NGOs, that allow a venue for taboo topics (such as abortion) to be addressed and brought up. Additionally, at the global and international level, states can be held to international frameworks and conventions, which civil societies can negotiate and influence. In this regard, it is critical for civil societies to build partnerships and coalitions. 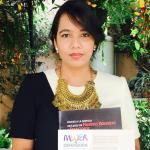 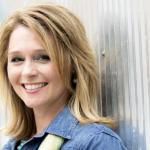 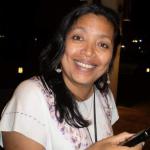 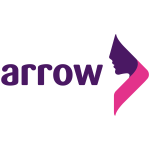 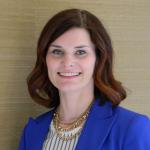 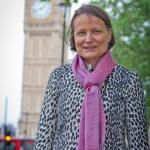 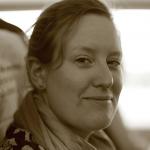