Principles of Persuasion: The Social Psychology Behind Change

Ideas, and how they are expressed, define efforts to move causes forward, create change, and build consensus of opinion. Effectively influencing public opinion is a key component to successful social movements. Tomorrow's world is shaped by those who are most adept at impacting what people think and subsequently how they behave. But how do you influence people's opinions, mindsets, and preconceived notions?

Social psychology is the science of why people make choices and provides insights into how messaging shapes people’s beliefs, attitudes and behaviors. Understanding the science behind influence leads to more effective and lasting change. In this conversation, New Tactics In Human Rights explored the principles of persuasion politics; the development of messaging strategy; how mentality change occurs; and frames and values.

It is important to know your audience to use the right words or phrases to make an impact. Sometimes, combined efforts of two different campaigns may not necessarily work. According to Emile Short in the New Tactics feature, ‘Powerful Persuasion: Combating traditional practices that violate human rights’ (https://www.newtactics.org/resource/powerful-persuasion-combating-traditional-practices-violate-human-rights), the essence of communication strategy is to recognize that people are very sensitive not only to what your message is, but to how it is communicated, and, perhaps most importantly, who is transmitting it.

Polling data tends to be good for broad audiences and can help shape how one talks about a subject with individuals. In individual conversations, it is important to first find out what is relevant to that one specific person (or perhaps group) and then connect that to the issue on point. Persuading someone is about listening and responding. It has to be noted that sometimes combined efforts may not always work as two different messages may still be separate and distinct enough to bring different responses. Audience sampling is also important to ensure the right messenger delivers the right message to the target audience.

For messengers, the Frameworks Institute proposes the following checklist:

Persuasion also requires engagement with those who have different viewpoints.

In Theory: How Mentality Change Happens

Child marriages was shared as an example of a framework for exploring people's motivations based on needs, fears, beliefs, and customs. Psychologist Jonathan Haidt theorized that people have two minds: one intuitive (that generates reflexes, or “gut feelings”) and one rationale, that produces reflections and thoughts. According to Haidt, there are the six basic factors that shape human judgments about good and bad: care, fairness, liberty, loyalty, authority and sanctity.

The “care” strategy is often used towards members of society who are seen as in need of protection to persuade society towards a certain cause. However changes in public potrayal as to whom care should be given to is able to influence the public’s mindset. The most obvious example would be how Syrian refugees came to be viewed as security threats from being initially viewed in need of protection. The principle of fairness is important for campaign tactics, as it implies that the public needs to have a high moral assumption of the target group to be protected.

The value of liberty, and resistance to oppression, is a strong value to persuade people. The difficult thing with “liberty” is that it has a high degree of variance amongst societies and that it also fluctuates within a given society. Loyalty is obviously connected to the value of care, in a reciprocal relationship. The value of loyalty also has obvious implications in terms of leadership management, movement building, and campaigns. Often times without charismatic leadership (whether people or brands), it will be difficult for mobilization. The value of authority relates to obeying tradition and legitimate authority. Haidt argues that religion and the concomitant creation of sacred symbols serves to bind individuals into large cooperative societies. The notion of sanctity is therefore closely linked to authority (it takes a source of authority to define what is sacred) and to loyalty (obedience to the sacred is the expression of the loyalty towards the group).

As a general psychological principle called the availability bias, people perceive something to be more valuable the more they have heard of it (Schwartz 2007). The tendency to overvalue what is, and undervalue what could be, forms the basis of much of people’s ethics. The judgment they make, and why they make them, come not from critical thought or personal experience, but from the mere existence and current popularity of those judgments in society. As a result societal issues that already get a lot of attention tend to stay popular and often served as a point of entry for new campaigns. There is also status quo bias, which means people will prefer, when given a choice, not to change their beliefs, attitudes and behaviors. There is also selection bias where people will often intentionally ignore messages that contradict what they believe, a phenomenon that makes it even harder to persuade others of our point of view if they already hold a different one. Contribution bias is where people overestimate the amount of good they have done. This phenomena makes it hard to move people beyond small actions for the one or two preferred causes.

Blog post by Philippe Dumanel, From Motivation to Solution: A Strategy Tool 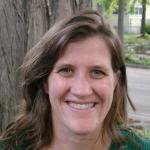 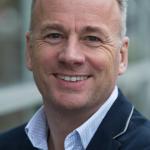 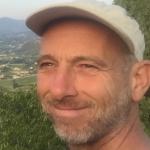 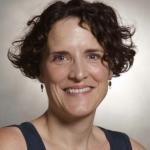 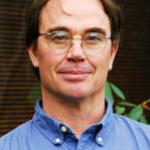