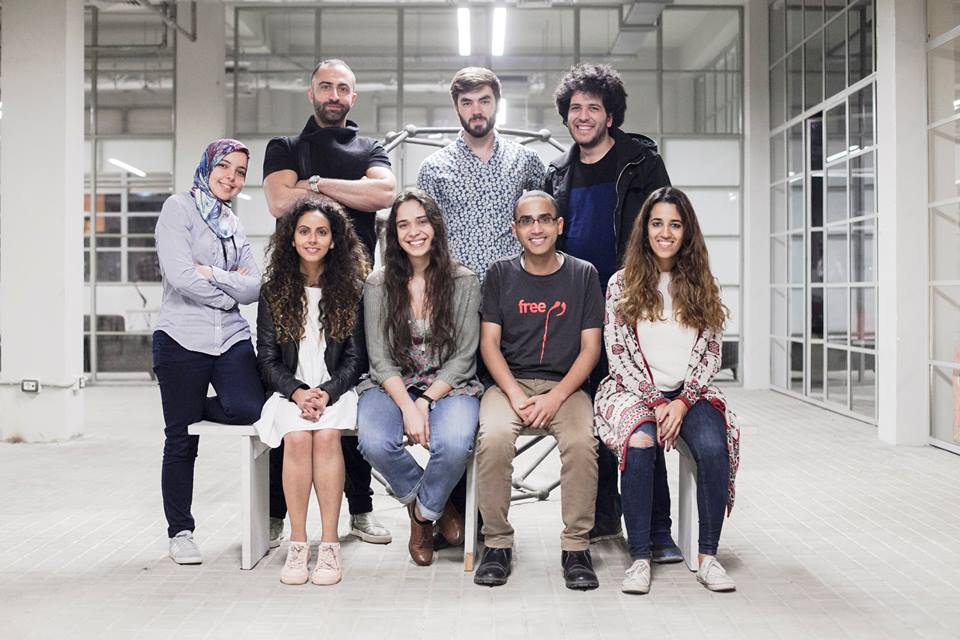 Data 4 Change is a workshop where human rights organisations and journalists are paired up with researchers, designers, and developers to create data visualisations that can help change the world. The need for the workshop was first realized when organizers learned that human rights organisations in the MENA region collect primary data, and had a strong desire to visualise their research, but lacked the skills and access to professionals to do so. Therefore, the workshop which consists of five days, gathers representatives from human rights organisations from around the world and connects them with creative web developers and graphic designers to assist them in turning the data that they collect and document throughout their work into innovative presentations such as websites, infographics, games, and more.

Recently, from November 25-29, 2016, I was lucky enough to be part of the workshop in Beirut, Lebanon and joined 36 participants from England, Italy, Sudan, Egypt, Canada, Jordan, Yemen, Morocco, United States, Palestine, India, Lebanon, and Germany to witness the production of six amazing visualised projects for six different human rights organisations. Each project went through the process of: writing a concept for the project, which contains a title and 3-4 sentences to explain the story and the goals of the project; researching for more qualitative data to cement the story behind the project; sketching how the project will look like by the end of the workshop; and finally programming and coding the sketches through the final output of the project.

The participants were divided into six groups; each group contained researchers to collect information about the issue and build a concrete narrative, developers to program and implement any technical tools required to visualise the data, and graphic designers to beautifully present the data to the end user in form of website, app, game, or others. For each group there was a human rights organization representative whom provided ongoing guidance and a sense of what was expected from each team as a final visual product.

I was part of the research team for an organisation called Support Yemen, which is an independent media collective committed to making short films that tell the under-told struggles of Yemen. The organisation currently owns a massive database of information related to the airstrikes that have fallen onto Yemen during the war, yet there is no platform that shares that information with the public. As a team, our idea was to create a website that discloses all the details related to each location hit by an airstrike in Yemen. 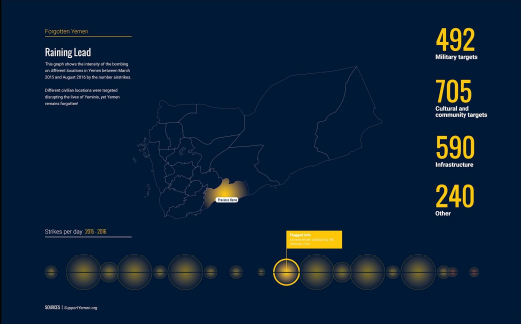 The entire process of researching and developing a visual product in 3.5 days seemed to be a huge challenge at the beginning, particularly that in the last two workshops by Data 4 Change the groups who participated have produced very high end visual products that, we as the participants of Data 4 Change 2016 workshop, had to live up to. Yet, it was inspiring to attend the group presentations due to the amazing projects that have been produced, and it did not take long to realise that I have been working with an amazing group of young people.

To add more richness to the workshop, there were three different inspirational speakers who provided a beautiful start to the workshop and motivated the participants with their own experiences and life knowledge. Later, during the workshop, and in order to encourage the participants to shine, selected participants were asked to present a tool they used, a project they implemented, or any other topic of interest via an interesting Japanese presentation method called Pecha Kucha, in which each participant has only seven minutes to present his/her material through 20 slides. For each slide there is only 20 seconds and then the image will move to the next, and there is no going back. To add more innovation, before attending the workshop, the managing team requested each participant install an app called Slack, which is a messaging platform through which participants were invited to get to know each other and allowed us to get familiar with the program in advance.

The workshop has been a pleasant experience that added to my knowledge and expanded my horizon in thinking of possibilities to avail the data collected by human rights organisations and use it in the best way. I have met so many people from a great range of countries with a great deal of skills and expertise. It is without a doubt a golden opportunity for learning, networking, and putting one’s self out there. I am still in contact with the professionals I met through Slack, and I keep checking out news by Data 4 Change on a daily bases, as I still have the feeling of belonging to their great concept.