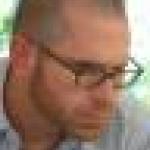 Todd Lester is a founding member and currently serves as the Executive Director of freeDimensional (fD). Todd recently completed a fellowship in Forced Migration & Refugee Studies at the American University of Cairo (AUC) and a term as Young Scholar with the Organization of American States (OAS). He is currently a fellow at the Gerhart Center for Philanthropy and Civic Engagement in Cairo. Previously, Todd has worked with Reporters Without Borders to establish its New York City communications desk and as Katrina Relief Project Manager for FilmAid International, for which he designed and implemented the organization’s first domestic and natural disaster response intervention. Before that, Todd was Information & Advocacy Manager for the International Rescue Committee in Sudan. He holds a Masters of Public Administration from Rutgers University and is candidate for Doctorate of Public & Urban Policy at the New School for Social Research from which he received a Film Production Diploma and where he is an adjunct instructor in the Department of Media Studies. Todd is a graduate of the Refugee Studies Centre's Summer School in Forced Migration at Oxford University. He is a Project Leader at the World Policy Institute and serves in the Experts Network of the Jerusalem Inter-Cultural Center's Community Dialogue Project. Todd is a member the 21st Century Trust and Think Tank 30 of the Club of Rome. In 2006, Todd received the Peace Corps Fund Award for his work starting freeDimensional and was named 'Architect of the Future' by the Waldzell Institute in 2008.